If you haven’t been following this series of posts, a friend of mine nominated me to do an album challenge. “The task is to post once per day for the next 10 days about the top ten albums that have an impact on your life, and to pay it forward by nominating someone else each day to do the same.”

Okay, so I’ll play. But I’m changing the rules to suit me. First of all, I’m not writing about this 10 days in a row. I will write about 10 albums, but only on the occasional “Music Monday”. And I refuse to nominate anyone else, because I try to avoid adding stress to the lives of the people I love. Having said that, if you’re reading this, and would like to take up the challenge, go for it!

I had the distinct privilege of seeing Leo Kottke in concert several years ago at the Florida Theatre in Jacksonville, Florida. (And incidentally, the opening act was Leon Redbone. What a night!) Up until then, I’d never heard of Leo. I had no idea how deprived I had been.

This is a man who has been putting out albums since 1969, and yet he keeps a pretty low profile. When I mention his name to people, more often than not, they’ve never heard of him. Oh, but they should. Leo Kottke, in my opinion, is the most talented fingerpicking acoustic guitar player in the world.

Whenever I hear one of his songs, I have to pick my jaw up off the floor. The sounds that this man creates with his fingers should not be humanly possible. He is a cut above anyone else out there.

By the time I got to see him, he had already had severe tendon issues, major hearing loss, and his hands were nearly unrecognizable from the ravages of arthritis, and yet he still was without peer. I knew I was in the presence of musical genius, and I was in awe.

It’s really hard to choose one album to highlight when you are talking about Leo Kottke. But this is an album challenge, so I’m choosing Greenhouse. If you are so self-loathing that you only allow yourself to listen to one Leo Kottke song, I’d suggest Bean Time from that album. If you aren’t completely amazed once you realize that this sound comes from one man on one guitar, you have no soul.

I’m hoping to see him in concert again at the end of this year, so watch this space! And see him while you can! He’s 72! 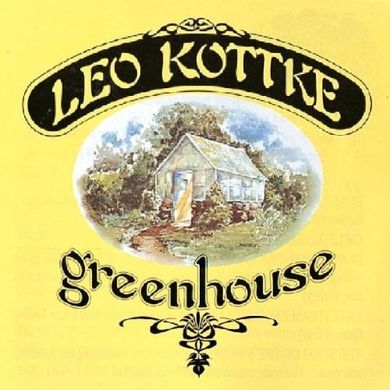