For 100 years, this barn looked over a field in Kent, Washington.

It was a proud barn, a working barn, for much of its life. Before its retirement, it was home to two horses, lovingly referred to as “Mr. Ed” and “Mr. Red”, along with a crazy four-horned Jacob Sheep (“Jake”), a small goat named “Billy”, and an aggressive goat called “Beavis” (because “Butt-Head” seemed too rude.) The barn kept them warm, and sheltered them from storms.

And then, one day, just like that, the farmer and his animals went away. The land was sold to the city with the stipulation that it remain an undeveloped public park, and the barn stood alone and abandoned for the next 9 years. But its neighbors still loved it, despite the meter-high mounds of pigeon poop that had accumulated inside over time. 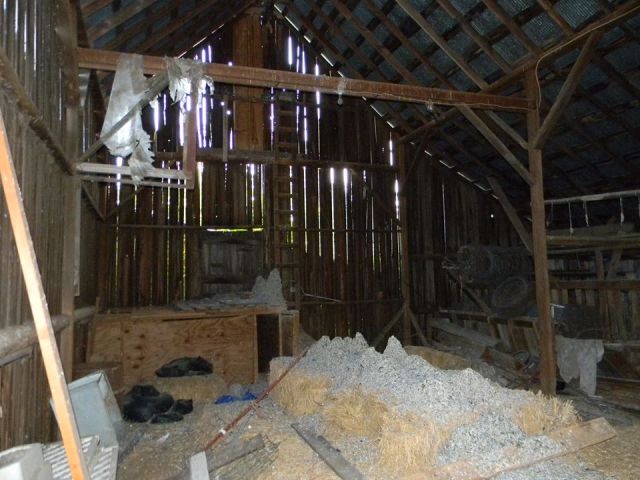 The city was not nearly as in love with the barn as its residents. They feared squatters and arsonists. They feared liability if anyone were to break in and get hurt. So they scheduled it for demolition.

As the clock wound down toward its demise, someone removed the upper barn door. For many months the barn looked as if it was cold, wounded and crying out. Save me. I don’t want to go.

Soon, some of the wood on the side was stolen, and graffiti artists moved in. It was an undignified end for such a grand structure. Some people have no respect, and no sense of history. 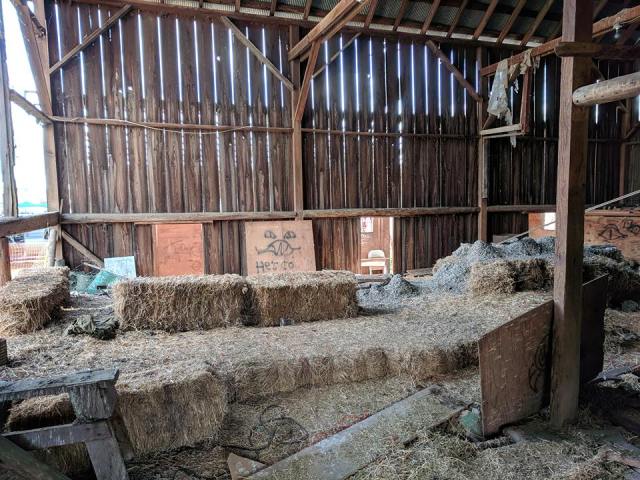 And then, on the thirteenth day of March, 2019, it happened. The barn was torn down, piece by piece. Here’s a time lapse of it.

It was a sad day. It was strange to see how quickly it all ended after such a long-standing legacy. Things fall apart. The center does not hold.

The one bright light in all of this is that the wood and the rusty metal roof were salvaged and will be used to build yet another barn somewhere in Eastern Washington. So in a way, our beloved barn lives on. There will be animals for it to shelter once again.

Some day, years from now, people will walk their dogs across this field and not even realize what came before. But some of us will always see this as the place where a beautiful barn once proudly stood. And, oh, it will be missed.

6 thoughts on “A Barn Razing”