Always supposing you believe climate change is real (and I do), I have a thought experiment for you. If you believe in God, then what do you think God thinks about what we are doing to our planet? I mean, we’re taking this amazing gift, and we’re basically pooping all over it. My guess is she or it or he would be mighty disappointed in us. If I were God, I’d be totally rethinking this whole “free will” thing. Because we are definitely screwing things up.

Or maybe the old testament got it right, and what we have is a vengeful, fear-inducing God. If that’s the case, then climate change is some form of punishment, and we better start paying attention. The time for basking in our blissful ignorance is long past.

Here’s an even bigger thought experiment for you: Even if you don’t believe in God and/or climate change, please explain to me why it doesn’t make sense to live a green and clean life? What are the disadvantages?

If our actions just boil down to laziness, selfishness, greed and a basic resistance to change, then God doesn’t even need to be in this equation. We should all be disappointed in ourselves. 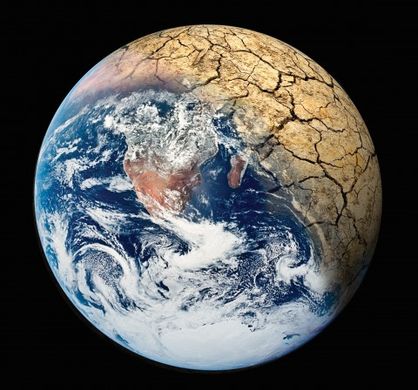 Have you ever met someone and clicked with them instantly because they’re the same kind of weird that you are? Isn’t it great? It’s such a relief to feel understood and accepted.

Recently someone pointed out to me that there’s really no such thing as normal. Good point. I’ve never known anyone who hasn’t felt at least a little bit “out there”.

Personally, I’d find it rather creepy if we were all alike. The implication would be that we had no free will or independent thought. I can think of no better definition of hell.

That’s why I’m instantly repulsed by people who tell me that the only way to get to heaven is by subscribing to a specific creed. That sure doesn’t sound like heaven to me. I don’t want to agree with everyone all the time. I don’t want to check my brains and my personality at the door. I would die of boredom. You keep your Stepford Wife Heaven to yourself. I’ll have no part of it.

I like to let my freak flag fly, and enjoy having it fly with plenty of crazy company! 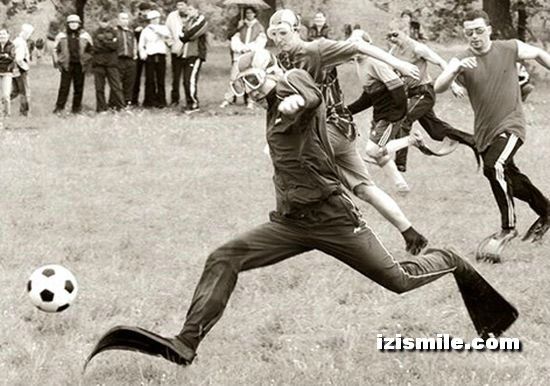 The LDS Church performs a wide variety of ordinances, some of which are called saving ordinances, which they believe are required for salvation. One such ordinance is called sealing, and it seals you to spouses and other family members for all eternity. Fine and dandy and more power to them, I say. Everyone is entitled to their own sacred beliefs, and that is one of theirs. Even as someone who is outside their faith, I can respect that.

But wait. Hold on. It turns out that a whole group of my ancestors in Denmark have been sealed. And they passed away before the LDS even existed. How is that possible? It turns out that there’s this loophole called an ordinance by proxy.

“Ordinances on behalf of the dead may be performed only when a deceased person’s genealogical information has been submitted to a temple. Latter-day Saints complete genealogical work for deceased persons and if it is determined an individual has not received some or all of the saving ordinances, the individual’s name is submitted to the temple to receive these ordinances by proxy. Optimally, the proxy who stands in will be a descendant of the deceased person, but the ordinance proxy may also be an unrelated volunteer.”

Well, that certainly explains why the Mormons have the best, most detailed genealogical records in the world. They want to save as many people as they possibly can. That can’t be a bad thing, can it? Rumor has it they’ve even sealed Adolf Hitler, Anne Frank, and Mother Teresa. That’s a load off, knowing that their places in eternity are assured, because their actions in life didn’t already seal their fate for better or for worse, right? [Heavy sarcasm alert.]

But when I heard about this happening to my relatives I was disgusted, and my cousin and my late sister could not understand why. Here’s why. I take my spirituality very seriously. It has been hard won and required a great deal of soul searching. The thought that when I die some future relative who is a total stranger to me can perform this ordinance on my behalf, against my will, is offensive. If I wanted to be sealed, I’d do it while I was alive.

I suppose I could petition that my relatives to be “un-sealed”, but I feel I don’t have the right to do so for the same reason that the proxy sealer didn’t have the right to seal them in the first place. I have no idea what their wishes would have been, so I can’t in good conscience make that type of choice on their behalf.

My sister said, “But why do you care if you’re sealed? You’ll be dead.” I care, dammit, because we’re talking about my legacy. We’re talking about what other future family members will read about me and believe about my choices. Unless they make an effort to do their homework, they’d most likely assume that the choice was mine, and I’d hate to think that perceived choice might influence theirs. I don’t want my legacy, my hard won philosophy about this life and the next,  to be usurped and altered, no matter how well-intentioned the person who chooses to perform this rite may be.

It’s a certainty that I won’t completely agree, religiously, with the majority of my future relatives. Heaven knows I don’t agree with all my living ones. And, oh, by the way, there are some relatives that I’d rather not be sealed to for all eternity, thankyouverymuch. There. I’ve said it.

My sister also said, “What would it hurt to have all your bases covered?” To which I replied, “And what if one of those bases happened to be related to the Satanic Church? How would you feel then?”

I sincerely believe that every person has their own spiritual path to walk upon. I don’t want some “one size fits all” type of divine insurance policy. Not only does it lack sincerity, commitment and dedication, but it would deprive me of my free will. If that means I’ll be burning in hell, so be it.

So if any future ancestors are reading this and thinking of having an ordinance by proxy performed on me, thanks, but no thanks. Even if I were truly given the opportunity to accept or reject it in the spirit world, I plan on being busy, and will not want to be disturbed. 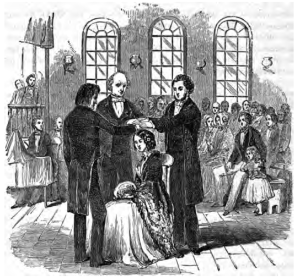