They care deeply about this country and want to change it for the better.

There’s definitely a lot to protest about these days. Personally, I’m emotionally drained by it all. My whole life, I’ve never been more horrified by what’s going on in this country than I am at this moment. I’m sure you can fill in the blanks with your own set of horrors. That’s the worst part about it. The list is endless.

The truth is that I’m glad people are protesting. It’s the only way that our voices will be heard. I’ve participated in a few protests myself. And every single one has been peaceful and nondestructive.

I get so frustrated when people equate all forms of protest with riots, looters, and vandals. Those things are a sickening side note that has nothing to do with the protests themselves. When a riot breaks out at a sporting event, as so often happens, do you blame everyone who attended the sporting event for that? When looters come in after a hurricane, do you blame the evacuees or the hurricane for that? When vandals tag a blank wall, do you blame the architect or the construction workers or the building for that? No? Then why are you blaming peaceful protesters? Is it because you really think it’s their fault, or because you want to add additional pressure to shut them up because you don’t agree with them?

In fact, according to this article, there is growing evidence that the trouble makers at these protests hold views directly opposite to those of the protestors. They’re trying to give them a bad name, when in fact it’s the right wing militia/domestic terrorists who should be accused. It’s horrific.

A lot of people are really angry right now. And unfortunately, some of those people are choosing to express that anger in very violent and destructive ways. That does not further their cause. In fact, it causes a lot of people to get hurt, tensions to ratchet up, and our tax dollars to be stretched even thinner to clean up after them, which depletes our ability to provide social services that might have prevented these problems in the first place.

But I genuinely don’t think looting, riots and vandalism have anything to do with the protests themselves. These destructive people are not trying to urge others to see their point of view. They’re just having a public tantrum, and using a protest as an excuse to get away with things that they normally couldn’t get away with.

I strongly encourage people to peacefully protest, and I genuinely believe that the vast majority of protests are, indeed, peaceful. There’s no need or excuse for things to escalate into violence or destruction. That would play right into the hands of those whom you are protesting against. Protesters know that. Please don’t lump them into the same pile with the destructive forces of this world. If anything, protesters care very deeply about this country and want to see it change for the better. Destruction doesn’t achieve that end.

What follows is the aftermath of some vandalism that happened at South Park Bridge in Seattle the other day. It’s a beautiful bridge, or at least it was. This does not win people over to your point of view, but I doubt that was the agenda in this instance.

As a bridgetender, I realize that I’m biased. I always hate to see a bridge damaged. It feels like a violation. It makes me sad.

Bridges should never be politicized.

As a bridgetender for nearly two decades, I’ve come to view bridges as ways to connect people. They can often be the fastest route from one side of a river to another. They’re a delightful transition from here to there.

At the same time, I’ve known many people who see bridges as things to avoid. If it takes you 5 miles to get from point A to point B, and there’s a bridge along the route, many people will go 7 miles to avoid what they see as a bottleneck. The thing is, they’re often using interstates to avoid these bridges, even though the distance between exits is much longer than the average bridge, and in fact they’re often going over several overpasses in the process. Interstates tend to jam a lot more often than drawbridges. So I don’t get this aversion that people seem to have about them.

This is not the first time I’ve ranted about this subject, so when a friend came across an article entitled, “In Lori Lightfoot’s Chicago, Bridges Have Become Barricades”, she naturally thought of me. (Thanks, Jen!) But this adds a whole new spin to my rant. Mayor Lightfoot is intentionally causing bridges to hinder passage. This horrifies me.

It seems that during recent Chicago riots, the mayor has been ordering the city to raise the drawbridges and keep them raised. Yes, I’m sure this is rather effective in keeping looters from their targets, but there are several issues with this concept that bother me. First of all, I can’t imagine that this is putting the city’s bridgetenders in the most comfortable position. They can now be targeted by the rioters and will be every bit as trapped as the rioters are. Also, I would hate for Chicago’s beautiful bridges to be the focus of vandalism.

But the thing that bugs me the most about this concept is the inhibition of the free flow of Americans. I’ve spent my entire career trying to make my bridge openings as short as possible to avoid impeding traffic too much. We are even told that we should continue our bridge openings even if there’s an ambulance or a firetruck en route so as to speed the vessel’s passage through and close as soon as possible, but every bridgetender worth his or her salt will raise a traffic gate back up for an emergency vehicle if it’s at all possible.

Using a bridge as a barricade is making it perfectly clear that some neighborhoods are better than others. It sends the message that more privileged areas need to be protected from the unwashed masses. It pits one part of a city against another.

I love bridges. I look at them as sacred. I hate the idea that they are being politicized in this fashion.

I think a better idea is making the protestors feel heard. Listen to their needs. They deserve accommodation as much as any other citizen does. If they’re treated with dignity rather than met with teargas and walls, they will be more willing take pride in the community in which they are an integral part.

Another side rant is that the article I link to above refers to us as “bridge tenders”. Would you call someone a bar tender? No. It’s bartender. It’s bridgetender. I don’t care what your spell check says. Get it right. 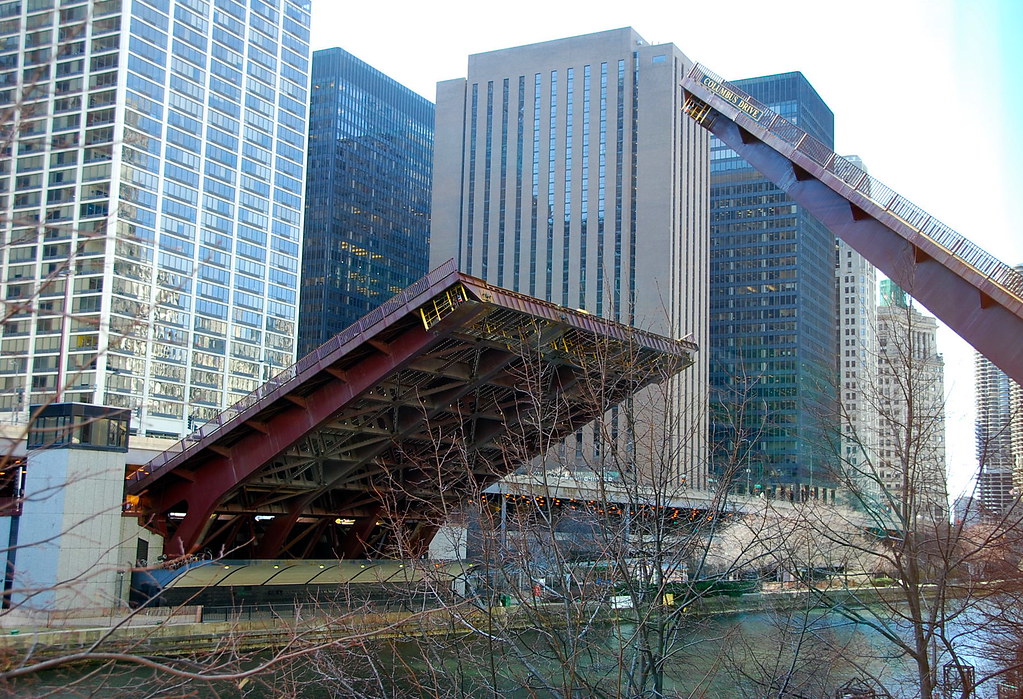 I’m proud to say that my book is available in paperback, kindle, and deluxe color edition! http://amzn.to/2mlPVh5

From now on I’ll be a day behind in my telling of my trip, because last night I spent with family, and I wanted to give them all my attention. You understand, I’m sure.

Well, Kentucky was my first new state in a long time, and now I’ve driven through another: Illinois. For the first hour, my only impression was slate grey, because I hit this unbelievable wall of fog right at the state line, as if nature follows human geography. It was quite surreal.

Even stranger was the radio station I landed on. They asserted that humans bred with angels and produced giants, and because of this God sent the flood to wipe them out. I find it rather terrifying that there are people out there who believe this stuff, and that they can vote.

I came across the best business model ever– a gas station that includes a puppy park, and makes a point of informing you of that on the highway. I got gas there instead of its many competitors for that very reason, thinking my dogs might enjoy a leashless romp. But it turned out to be a tease, because they haven’t built the thing yet. So my dogs peed in the corn field next to the station.

Speaking of stops (or actually ones to avoid), I spent a long time reflecting on the fact that I’d be driving right by Ferguson, Missouri, where the riots have been going on. Oddly enough, I saw no sign for this town on the interstate, which gave me the unsettling feeling that I never quite knew where the danger lay. Riots, my God. It’s heart breaking. But to be honest, the way the economy is, and the racial tension, especially with the ever-widening gap between the rich and the poor, it amazes me that we aren’t seeing more riots. There’s a lot to be angry about, and this is a scary time to be American.

Around noon I crossed the Mississippi River and passed Gateway Arch in St. Louis, Missouri. It was strange how insignificant the crossing of our biggest river was. Probably because I was caught in a traffic snarl of old rusty bridges and mostly had to keep my eyes on the road. The arch is beautiful, though, and it means that I’m now officially in the West.

I’ve got to say that this country of mine is massive. I’ve been driving for days and I’m only about 1/3 of the way to my destination. I can’t imagine what it must have been like to be a pioneer. I doubt the average European immigrant had any concept of the size of the journey they were embarking upon. And back then there was no infrastructure, no motels, no highways, no restaurants, nothing but a lot of unknown. I don’t think I fully understood how brave these people were until this moment.

Momentary panic set in when my radio completely died. I have South Dakota and Montana in my future. Imagine facing that in silence. But a simple fuse replacement solved the problem. Whew.

My only other thought is that on my way to my niece’s house, I passed Knob Noster, Missouri. There’s a joke in there somewhere, but I’m too tired to make it. 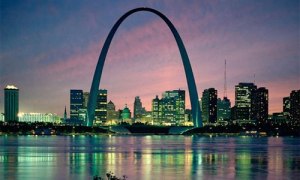