I grew up with Star Trek on TV. It never occurred to me that this show was violent, even though they got into a shooting match at least once per episode. I think that’s because you never saw blood, and even the Vulcan neck pinch didn’t seem that invasive. And the phasers didn’t go “bang, bang, bang,” they went, “pew, pew, pew.” And most of the time they were set to stun. The very word phaser makes you think it will only leave you fazed.

I remember running around in the yard, pointing my finger at other kids, shouting, “pew, pew, pew!” and knowing that at the end of the game, no one would really be hurt. It’s hard to even shout pew. It sounds like a whisper even when you say it loudly. In fact, it sounds like you’re talking about sitting down at church. And come to think of it, the pews almost always seem to come in threes, like the holy trinity.

I’ve been lucky, living where I live at this particular point in time. I’ve barely ever heard a gun shot in real life, and I have never been shot at. No invasive metal objects have entered my body unless you count tooth fillings.

But here lately, my fellow citizens have been hit with rubber bullets and glass balls. Flash bangs and tear gas have been thrown at them. People have been hurt, hospitalized, even killed. All because they are protesting police violence, where people have been killed for no justifiable reason. We’ve been ignoring this. We can no longer do so.

While I’d love to reenter the fantasy world of my childhood, the land of pew, pew, pew, I can’t do that anymore. Violence is real. And while most of us are, indeed, stunned, these phasers have never been set to stun for many of us. It’s time we acknowledge that and put a stop to it. 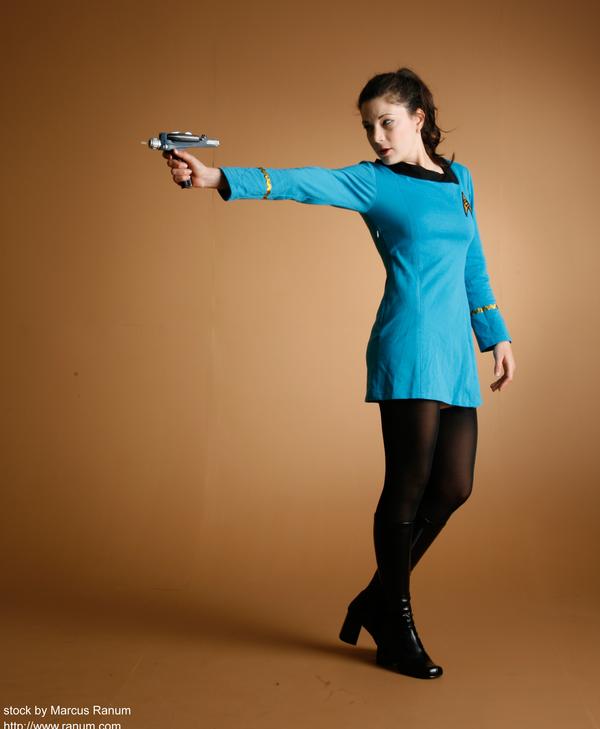 So, I’ve been binge watching Star Trek: Enterprise on Hulu. It’s been a delightful dance down memory lane. A lot like visiting much-loved family after a long absence. Despite having the most irritating theme song of all the Star Trek series, it’s one of my favorites.

You have to understand, I grew up with Star Trek. The original series began a year after I was born. I can’t remember a time when someone wasn’t boldly going somewhere or other. So this show has worked itself deep into my psyche. I was watching it the whole time my brain was developing. That’s something to think about.

I guess it took me a Star Trek-less decade to work its magic out of my system. I achieved this by choosing not to have a television, and rarely getting around to going to the movies. It’s been a delightful media purge.

This time around I found myself looking at the whole franchise with a critical eye for the first time in my life. And my conclusion? Holy crap, but this show is violent.

You’re probably thinking, “Well, duh,” but I swear to you that this concept never crossed my mind before. Star Trek makes violence seem so… peaceful. Not an episode goes by where someone isn’t being shot or stunned or blown up. But no one ever bleeds.

Not even in the Wild West of Hollywood did people have to discharge weapons with such an alarming frequency. But all acts of aggression in Star Trek seem to be in self-defense (“He started it!”), and therefore appear justified. And the good guys always win. People die, yes, but mostly they make miraculous recoveries and are not even left with any disfigurement.

If there are, in fact, sentient beings on other planets, I hope they don’t mistake Star Trek for an adequate representation of our culture. If they do, they’ll think we are a lot more technologically advanced, and yet a lot more barbaric. That’s quite the dichotomy.

Like this blog? Then you’ll LOVE this book! http://amzn.to/2cCHgUu