When I was a little girl, my mother took me to a special place. We stood in line. Then we went into this booth and drew a curtain. There was a wall with many levers on it. I remember holding onto her skirt for balance and  looking up as my mother pulled some of the levers, and ignored others. Then we left.

I didn’t really understand what was going on at the time, although I’m sure she tried to explain it to me. I could tell that whatever it was, it was very important. I was proud of my mother for pulling those levers. And with that curtain drawn, I knew I had been let in on a big secret. It was exciting.

That was my first voting experience, and clearly it made a big impression on me, because as soon as I was old enough to vote, I did. And I always have. And I always will (despite the fact that the levers are gone, so it doesn’t seem nearly as cool).

It astounds me that more people don’t take advantage of this privilege. That’s what it is, you know. Not a chore. Not an inconvenience. A lot of people on this planet don’t have this right. They don’t get to voice their opinion about who should be running their country, and by extension, their lives. They don’t get to say, “This is how I want things to be done.” If you can do this, why on earth wouldn’t you?

Yes, we can talk about corrupt politicians, whether or not this or that race is rigged, how the rich have unfair influence and on and on, but imagine how much worse it would be if none of us voted at all. How quickly the virtual shackles would click on our wrists.

And as a woman, every time I vote I think of all the women who fought and died and protested and were jailed and went on hunger strikes and were force fed just so that this privilege could be mine. Any woman who does not vote may as well be slapping those women across the face.

This election may be the most important one this country has ever faced. Please don’t sit it out. Be grateful that your voice can be heard. Vote! 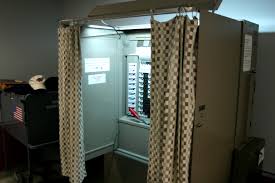 A big thanks to StoryCorps for inspiring this blog and my first book. http://amzn.to/2cCHgUu

4 thoughts on “Revel in This Privilege”