Beginning June 2018, the northwest tower of the Fremont Bridge will be a temporary studio for musician and composer Paurl Walsh. Walsh will be able to use the tower space as a source of inspiration to compose and create a sound-based piece in response to the summer residency. He will also engage in several community outreach events and a public performance will be presented at the close of the residency, in late summer or early fall 2018. The musician-in-residence will run June through August.

Walsh was selected by a panel, facilitated by the Office of Arts & Culture, that included musical artists and community members and advised by the Seattle Department of Transportation. His selection was based on his impressive career and his focus on collaboration with players throughout the region. His proposal included a desire to create a work that investigates the inherent collision between creative creativity and mental health, which resonated with the selection panel.

Paurl Walsh graduated from Cornish College with a degree in Classical Composition and Electro-acoustic music. He is an active composer of electronic music, modern classical chamber music, music for dance and theatre, and experimental rock. Writing and performing throughout the US, Canada, and Europe, he has been a core member of the experimental performance art/music groups Degenerate Art Ensemble, Implied Violence, and St Genet. He founded experimental hardcore band X-Ray Press, electronic pop group Rainbows, electroacoustic duo Medina/Walsh, and solo electronic act Trying. He has scored many stage works for choreographers and theater artists such as Kyle Loven, Ezra Dickinson, Peggy Piacenza, Paige Barnes, Paris Hurley, and PE|Mo. He also runs ExEx Audio, a creative recording studio centered around working collaboratively with artists to help them better express themselves through sound.

This residency project is funded by SDOT’s 1% for Art Funds and administered by the Office of Arts & Culture. 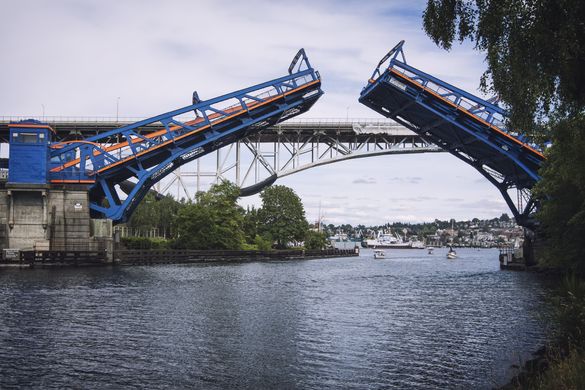 One thought on “Another Drawbridge Artist in Residence”