I saw that word for the first time in my life at the Nordic Museum here in Seattle. And there was a beautiful flag underneath. It was in a display, right next to similar displays for Denmark, Norway, Sweden, Iceland and Finland. Was this a country I never heard of? How is that even possible?

Upon further investigation, I learned that Sápmi is the land of the Sami people, and it stretches over vast swaths of Norway, Sweden, Finland, and Russia. There may be as many as 135,000 Sami people roaming around out there. And they have been around since prehistoric times, inhabiting the area for at least 5,000 years. Again, how had I never heard of them?

Turns out I have. But in elementary school I was taught that they are called Laplanders, or Lapps. Apparently these are actually derogatory terms.

I was taught that they herded reindeer. That fascinated me. But currently only 10 percent of them are doing this, even though, in some regions, they are the only people allowed to do so. They also herd sheep, and are known for fishing and fur trapping as well.

Over the years, they have suffered the same indignities as other indigenous people. Land encroachment. Suppression of their language and culture. Forced relocation and assimilation. Sterilization (which went on until 1975). Children taken far away to missionary schools. The fact that they have their own parliaments, university, anthem and flag tells you much about their ability to resist such outrages.

The Sami people have contributed much to science, exploration, literature, art, music, politics and sports. Theirs is a vibrant culture. Sadly, due to the suppression of their many languages, all their languages are considered in danger of dying out, and that usually is a death knell for a culture. But I genuinely believe that the more of us that learn about and celebrate these fascinating people, the more likely that their culture will continue to survive for future generations. 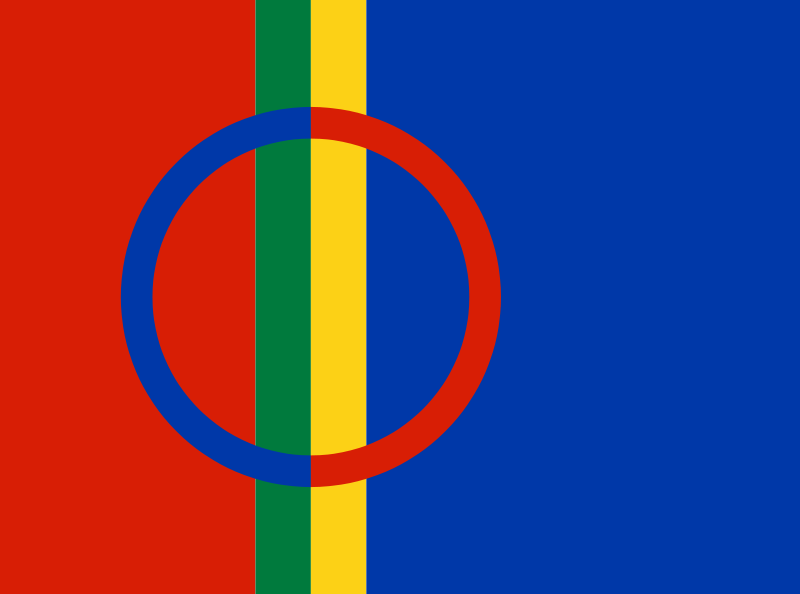 The Flag of Sápmi

Check out my refreshingly positive book for these depressingly negative times. http://amzn.to/2mlPVh5