I wrote this recently while in the throes of a cold. In retrospect, I find it funny that I chose to place myself back in Florida to describe my misery. I guess the unrelenting heat helped the fever imagery. But it also speaks to my state of mind when I lived there. Anyway, rest assured, I’m feeling much better now.

I was sitting on my front porch, baking in the heat, desperately clutching a glass of lemonade as if it were a life raft. The sweat from the glass did nothing to assuage the perspiration on my forehead. My light cotton shirt was determined to cling to the small of my back. I felt lifeless and hopeless.

I closed my eyes, trying to resist the urge to start screaming in frustration, knowing that if I did it would be a feeble effort that would come out as a weak moan. And afterwards I’d still feel unheard. I felt like ten kinds of crap, and there was nothing I could do about it.

The occasional gust of wind provided no comfort either. It merely kicked up the dust from the dirt road out front. I felt coated with a layer of grime. I felt heavier, somehow, as if I could easily be buried alive if I didn’t move.

If I could only muster the strength to turn on the garden hose and rinse the clay off my bare feet, I’d feel so much better. Such a nice idea. Just out of reach.

When I opened my eyes, I realized he was there. An old man, standing on the crumbling sidewalk, looking at me, smiling. It made me jump. I felt a little chill. But only for a second. Then the bone-frying heat set in again, seeming to pour out of my eye sockets.

We’d met before. He was a tall man, and so thin you could see his tendons. Weathered is how I would describe him, as if he had been left lying in a ditch like a cast-off doll, in the wind and rain, for his entire life. He looked like he might just blow away like a tumbleweed. This man was made of cracked clay.

He wore a white t-shirt, and dark grey pants held up by suspenders. His leather shoes looked like they were on the verge of disintegration. And he had a fedora. Who wears fedoras anymore? Somehow that fedora irritated me.

He asked if he could come out of the sun for a time. I indicated the rocking chair. I didn’t really feel like I had to say much of anything. He was there. Where else would he have gone?

He settled in and I offered him a glass of lemonade, as you do. He nodded his thanks, and poured it himself. He rocked for a time, as the heat shimmered on the kudzu on the other side of the road. Even the rattlesnakes had taken cover, but the cicadas seemed to be buzzing inside my head. I felt dizzy.

He, on the other hand, seemed just fine. Out of the corner of my eye, I watched him slowly rock. It was almost as if he were intent on some goal. The chair creaked, making my nerves jangle. That’s why I had chosen to sit on the steps. Creak. Creak. I wished he would just go away and leave me alone.

I began to realize that he wasn’t as fragile as I first thought. He wouldn’t blow away. No. He was more like tanned leather, or beef jerky. He would endure, quietly, yet stubbornly, for all eternity. He could easily be a thousand years old. He wasn’t going anywhere.

I began to feel desiccated, like a lizard that had been trapped in place until death came to shrivel it up. No amount of lemonade could quench my thirst. My tongue felt as if it were swelling and cracking, and I wanted to cry, but the tears wouldn’t come.

The buzzing inside my head got louder as the pressure began to build. I felt a dull ache, and a suffocating sensation. I felt like I was drowning in hot, bubbling mud, and would soon sink below the surface, with no one there to rescue me, as the old man quietly watched.

He tried to hand me a dirty handkerchief, a grudging gesture at best, but I couldn’t have raised a hand to take it if I had wanted to. He thanked me for the lemonade, and said it was time for him to move on. But he’d see me again sometime.

I slumped on the porch, feeling like Appomattox the day after the battle, long before all the bloody, bloated corpses had been removed. I wondered what would be visited upon me next, as the cicadas continued to buzz and the unrelenting sun shimmered all around me, depriving me of focus and making recovery seem all but impossible. 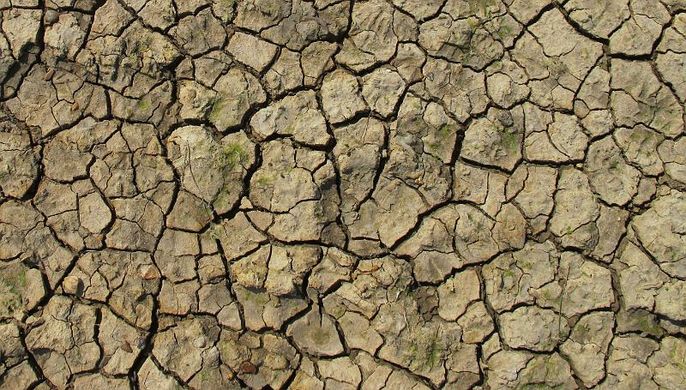