“Impeach the president!” everyone shouts. Well, heaven knows there are plenty of reasons to do so. But it seems as though many Americans have no idea what impeachment truly means.

Here’s what it does not mean: bye-bye Trump. Nope. Impeachment is what the House of Representatives does to bring charges against a federal employee. It’s like being indicted by a grand jury. Bill Clinton was impeached. But he remained president. Nixon, on the other hand, was never actually impeached. He resigned before the house voted.

Once impeached, the person remains in office. The next step is the trial. That’s conducted by the Senate. The Senate at the time did not find Clinton guilty, and the majority republican Senate today would not find Trump guilty. I guarantee it.

Because, you see, elected officials rarely vote on the facts or their conscience. They vote along party lines. It’s really rather disgusting when you think about it. The truth has nothing to do with it. Morality has nothing to do with it. For example, I’d like to assume that every human being would be against pedophilia. But political pedophiles are given a pass all the time.

The crux of the problem with our political system is that we allow political parties. They’re like gangs. You have to pick a side. You are either with us or against us. There’s no compromise.

But what if everyone had to be an independent? What if all political funding came from the people, and there was a cap on the amount a politician could raise from an individual, and also in total? What if that cap were 10 percent of what is spent now? What kinds of people would then run for office? Not these rich fools who have absolutely no idea how most Americans live or what they care about. And once elected, they could actually focus on the task at hand, rather than desperately fundraising.

What if you had to judge a person not by their party but by their actions and the content of their character? What if it were a little less obvious who you should not work with, politically? What if you had to work on bills only with people who agree with you on that particular cause? What if there were no aisles to cross? What if there were no minority or majority leaders who were bullying you to vote a certain way?

Something to think about.

By the way, I also long for unicorns to roam our forests. Wouldn’t that be nice? 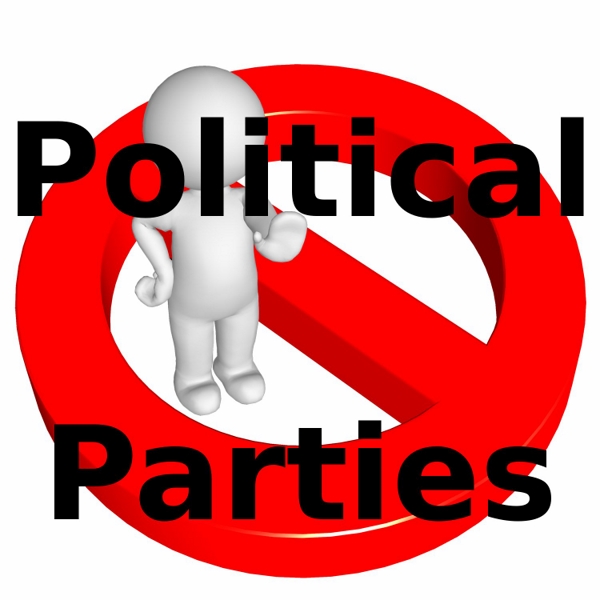