Sometimes I have no idea how I get so lucky. Taking a Cruise from Seward, Alaska to Vancouver, British Columbia was one of those times. I had this thought, in particular, while sitting on the balcony of my stateroom on Holland America’s Noordam, while gazing at the many glaciers of Glacier Bay National Park. This is the life.

Glacier Bay can only be reached by plane or boat, so I really appreciated seeing the park rangers come alongside the cruise ship to do what they call a “controlled crash” and climb up the rope ladder with everything they needed to set up their visitor center on the ship.

We saw at least 8 glaciers, the most spectacular of which were Johns Hopkins Glacier and my personal favorite, Margerie Glacier, with its spectacular, vivid blue, craggy face. The pictures below don’t do them justice. The experience will be stamped permanently on my brain. For that, I’m extremely grateful.

Yes, the glaciers have been receding at an unprecedented, extreme rate. They were calving into the water even as we watched. 95 percent of all scientists in the world agree that this is caused by global climate change which has been brought upon the planet by human activity. Anyone who thinks otherwise is not using science-based logic.

As I took in these glaciers, with the seals cavorting at their feet, I tried not to dwell on the sadness I felt that future generations would not have this view. Rather, I vowed to do what I can to reduce my impact, and I tried to focus on the fact that right here, right now, I was lucky enough to have this view myself. What a gift. 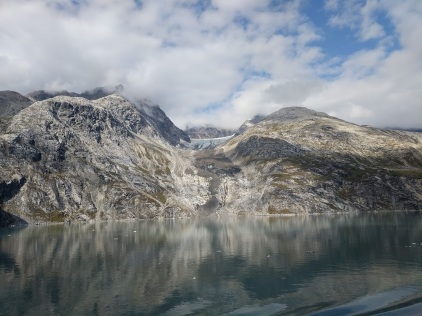 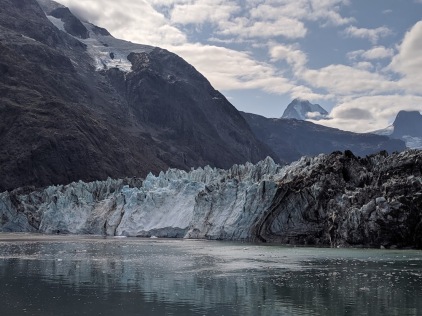