Even as you read this, bulldozers are plowing a trench through some of our most precious landscape. Organ Pipe Cactus National Monument is theoretically federally protected, but it’s the federal government that is doing the plowing.

Why? For Trump’s border wall. Because he wants to get re-elected, he’s trying to score political points. Never mind that this is a designated International Biosphere Reserve that is recognized by UNESCO. Forget that it will go right through one of the oldest inhabited places in North America, and the ancestral home of the Tohono O’odham nation, which has existed on both sides of the border since at least 1450.

According to this article, this 30 foot wall will impede the migration patterns and habitats of mountain lions, javelinas, the endangered pronghorn, and countless numbers of bird species. And talk about draining the swamp. This will impede Arizona’s last free flowing river, and as aquifers are drained to make the concrete, it will decimate the habitats for the endangered Quitobaquito pupfish and Sonoyta turtle. It will also cause light pollution with its continual spotlights, in a place where you could always see millions of stars in the night sky.

Trump has waived countless laws to make this travesty happen, including the Endangered Species Act and the Clean Air Act. He claims this is a national emergency. Pfft. This area sees about 5 percent as much human migration as the Rio Grande Valley in Texas does. This catastrophic monument to Trump’s ego is poorly thought out, a taxpayer drain, and an environmental disaster, all for an emergency of his own construction. 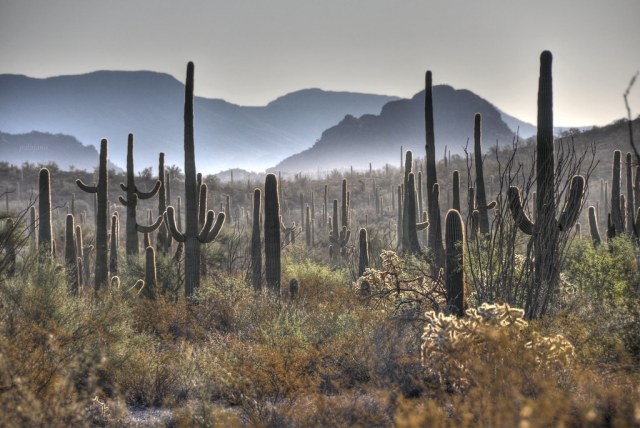 2 thoughts on “A Senseless Monument to Ego”