When Notre-Dame Cathedral burned, it seemed like the whole world cried. And rightly so. That beautiful, historic building held a special place in our hearts. Especially if you’ve had the opportunity to visit it in Paris, as I have.

Another beautiful, historic complex of buildings burned to the ground on October 31st (still October 30th here in the US). It was first built in 1429, and has been designated a UNESCO World Heritage Site. And yet this tragedy barely caused a blip on anyone’s radar. I wouldn’t have even heard about it if a friend hadn’t told me. (Thanks, Mor!)

I’m talking about Shuri Castle in Okinawa. Shurijo was the palace of the Ryukyu Kingdom between 1429 and 1879. It was almost completely destroyed during the Battle of Okinawa in 1945, but it was lovingly restored in 1992. Now 5 major buildings, comprising about 4,200 square meters, have been gutted by this blaze, which took 11 hours to put out.

Here is Wikipedia’s descriptions of the buildings that are now in ruins:

This is heartbreaking. But I’m also struggling with a little bit of frustration, because it barely caused a ripple in the news cycle. Why is that?

Well, if you’re like me, you’ve probably never heard of the place. Obviously that doesn’t help. Okinawa is rather out of the way for your average tourist. And we Americans have an annoying tendency to overlook things that do not pertain to white culture.

We shortchange ourselves by having such a Eurocentric worldview. There are so many amazing places that, as UNESCO correctly points out, are part of our world heritage. When we lose one of these places, we are all the worse for it.

It’s as though non-white tragedies are somehow less significant than white ones are. I’ve written about this before. When the factory collapsed in Dhaka, Bangladesh, killing 1,000 underpaid workers instantly, the story disappeared in days. If 1,000 Americans or Northern Europeans died like that, we’d be discussing it for months.

There’s something very wrong when so much history and beauty can collapse into a pile of ash, and so many people can be crushed in a factory, and no one even blinks. We can’t even be bothered to look up from our smart phones and have a moment of silence. Am I the only one who thinks this is the greatest tragedy of all? 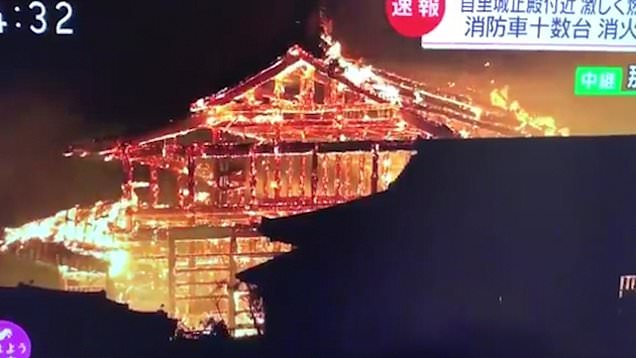 Claim your copy of A Bridgetender’s View: Notes on Gratitude today and you’ll be supporting StoryCorps too! http://amzn.to/2mlPVh5