Every once in a while it’s nice to have a change of scenery. It’s like a palate cleanser for the soul. I could definitely use one of those every now and again. And since I had yet to experience the Washington coast, we decided to take a little overnight trip to Ocean Shores, which is only about 2 1/2 hours from Seattle.

I have only seen the Pacific three times in my life, and never toward the end of December, so I was braced for drama, and it didn’t disappoint. Stormy, rough, ice cold, it isn’t a place for sunbathing or swimming. And yet it was beautiful. I always manage to breathe more deeply when embraced by the salty sea air.

What I wasn’t expecting was the town of Ocean Shores itself. It may be clinging to the coast of the Pacific Northwest, but if you subtract the cold rain, it could have just as easily been a Florida beach town. The kitschy little souvenir shops (one of which you entered through the mouth of a shark), and the delightful little restaurants (one of which was in a mini lighthouse), could have easily been overlooking the Atlantic Southeast.

Given the time of year, we pretty much had the place to ourselves, but I could easily close my eyes and imagine it in the height of summer, chock full of guys in board shorts and children wearing water wings and making sand castles. It almost made me homesick for Florida. Almost.

Another weird connection is that Pat Boone lived in Ocean Shores for many years, and he was born in Jacksonville, Florida, where I lived for decades. So there’s that, too.

If ever I feel the need to reconnect with Florida, now I know it’s only a few hours away. That’s kind of comforting. I suspect I’ll be back. 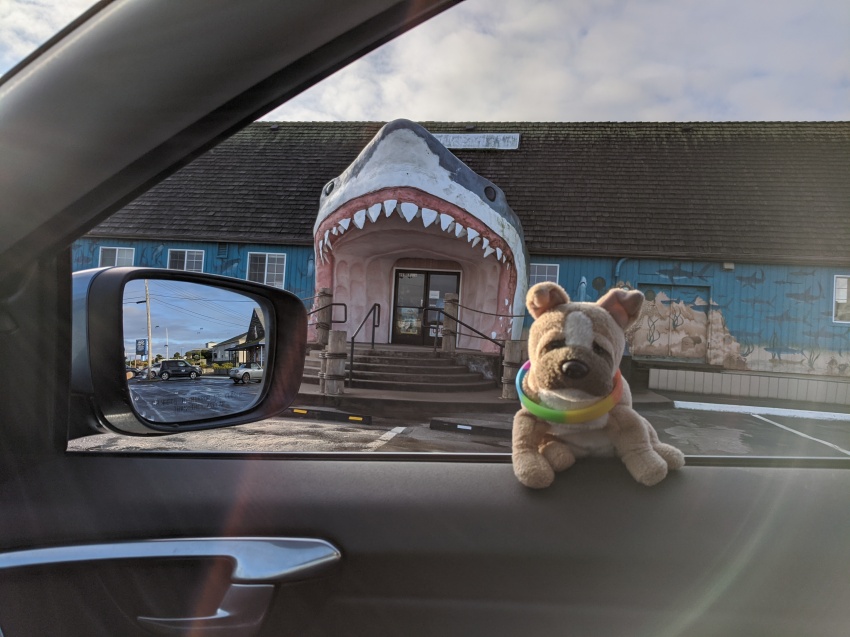 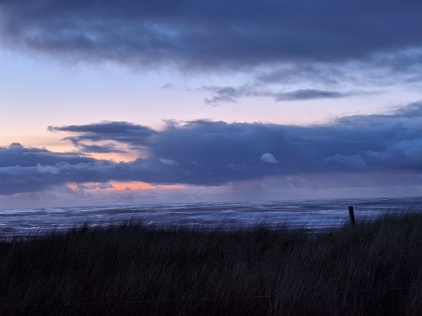 One thought on “A Mini-Break to Ocean Shores”