If you’re in a public place right now, look around you. Pick out people of your own race. That may be harder to do than you think. Race is not based on science. It’s a human construct. We could just as accurately divide ourselves up into rival groups based on eye color, the length and number of our nose hairs, or pimple count. But anyway, do the best that you can.

Have you found your “tribe” yet? Good. (I suppose.)

Now, ask yourself what the motivations of these people might be. Are you all in full agreement politically? Do you all hold the same views on religion? Most importantly, are you all on the same page regarding race?

Don’t bother answering. I’ll do it for you. You haven’t a clue. How could you know? You haven’t even talked to these people. You never will.

This is just a core sample of your cluelessness. Now multiply it by a gajillion, to account for all the other people in the world whom you don’t currently see, and you will get an idea of just how little you know about you and yours. (That goes for all of us. I’m not just picking on you.)

So why on Earth would anyone think that one’s race, or any other race for that matter, would rise up as one in hate, anger, and violence to participate in a race war? It beggars belief that there are so many people out there who think that humans are that unified and robotic in their thoughts and actions.

We don’t even all agree about cranberry sauce, for crying out loud. (Pro or con? Lumpy or jelly-like? Canned or fresh? This is the stuff of great holiday drama.)

But that’s racism in a nutshell, isn’t it? The misguided idea that one can slap a label on someone and then have a complete understanding of their motivations, and be able to accurately predict what they will or will not do. As if we’ll all line up like obedient little ducks in a row, sorted into groups based on the size of our tail feathers.

Do you have any idea how insane that sounds? It’s even worse than insane. It’s idiotic. And yet people buy into it every day.

Charles Manson believed in Helter Skelter, a race war that he felt he could start himself, to the world’s ultimate horror and dismay. The neo-Nazi buffoon, William Pierce, wrote The Turner Diaries to encourage racial annihilation, and crazies have been inspired by it ever since.

You can find people who believe in this insanity all over the web. Dylann Roof was one, and he went on to kill 9 people in a church in Charleson, SC because of it. And Roof inspired the mental defective who killed 51 Muslims in Christchurch, New Zealand.

These poor excuses for human beings went on to inspire a seriously mentally ill guy named James Harris Jackson to walk up to a total stranger in New York City and stab him in the back like the coward that Jackson is. You can read more about his pathetic devolution here. It’s a tragic story. My heart breaks for his family. Thank God he got life without parole. Now he can hang out with equally warped Aryans in their own little iron-barred clubhouse.

But don’t misunderstand. Violence can beget violence. Insanity can trigger insanity. But these people are sick exceptions to the rule. Most of us march to the beat of our own, individual drummers. We cannot be controlled.

I suspect that this utter lack of control is what scares white supremacists most of all. Too bad, so sad. It’s the very definition of life. 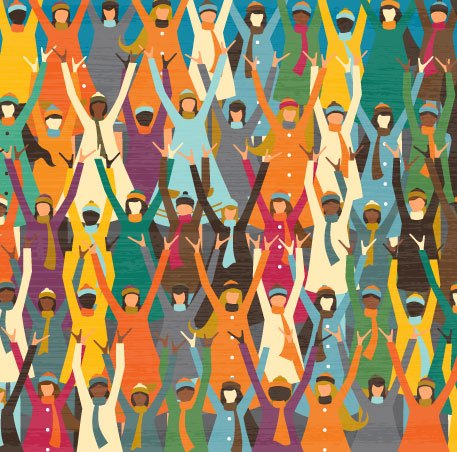 An attitude of gratitude is what you need to get along. Read my book! http://amzn.to/2mlPVh5

2 thoughts on “A Basic Flaw in the Race War Concept”