Comet Neowise has left us, and won’t be back for 6,800 years, so it’s safe to say that if you didn’t get a chance to see it, you’re now out of luck. I tried many times to view it, both in the obscenely early morning hours and just after sunset. I managed to glimpse a smudge in the sky from my yard, but the city lights of Seattle are rather unforgiving.

Therefore, while Neowise was still wandering through our patch of the universe, my husband and I decided to go somewhere where the ambient light was less of an irritant. So off we went toward Mount Rainier, on State Route 165. The further from Seattle you get in that direction, the less populated it becomes.

We drove through the sleepy little towns of Buckley, Burnett, Wilkeson and Carbonado at around 11 pm, and calling them sleepy is putting it mildly. There were no signs of life in any of them. It was as though everyone had been abducted by aliens. All the cute little shops were closed, and all the houses were dark and silent. There’s something unsettling about seeing a place for the first time after dark. But I hope to see them in the daylight in healthier times.

You know you’re truly going off the grid when there’s an actual sign that warns you that there is no cell signal or gas beyond this point. It made me think, “Here there be dragons.” I tried really hard not to focus on the fact that if our car broke down, we’d be in a bit of a pickle. But we’ve been in worse pickles, without a doubt.

Occasionally along this road, we’d stop and try to catch a glimpse of the comet. At first, there was still too much light. And then after that, there were too many trees. At each stop, I was blown away by the profound quiet all around us. The dense forest filters out what little sound there is. All I heard was the occasional running water from the melting glaciers.

We saw rabbits and bats and field mice in our headlights as we entered the dense forest. This is Bigfoot country, and when you’re in the thick of it, you can understand why so many people are believers. It’s also the land of serial killers, because there are so many places where you can hide bodies out here where they’d never, ever be found. (More things not to think about after one loses one’s cell phone signal.)

And even as I tried not to be creeped out, we came around a curve and I was so creeped out that I shrieked. Our headlights caught sight of two people, standing on a bridge, only a few feet away, with their backs turned toward us. That was the very last thing I was expecting at that moment. We hadn’t seen a car.

The car was parked on the other side of the bridge, and it turns out that they were star gazing just as we were. The Fairfax Bridge spans the powerful Carbon River, which is melt from the Carbon Glacier. And the valley is running in the perfect direction to see the comet. So we parked behind them. It was probably their turn to be creeped out, because they immediately left, even though we all exchanged pleasantries.

There’s no lighting on this bridge, and I only found out that we were standing 250 feet above the river when doing research for this blog post. I could certainly hear the river roaring down below, but I couldn’t see it. And besides, my primary focus was skyward.

And sure enough, with the help of a monocular, we quickly spotted Neowise. What a beauty. What a phenomenon. It felt like such a gift to witness it.

Feeling satisfied, we arrived home well after midnight. Our dogs were very confused. Shriek notwithstanding, it felt as though we had been on a most excellent adventure, indeed. 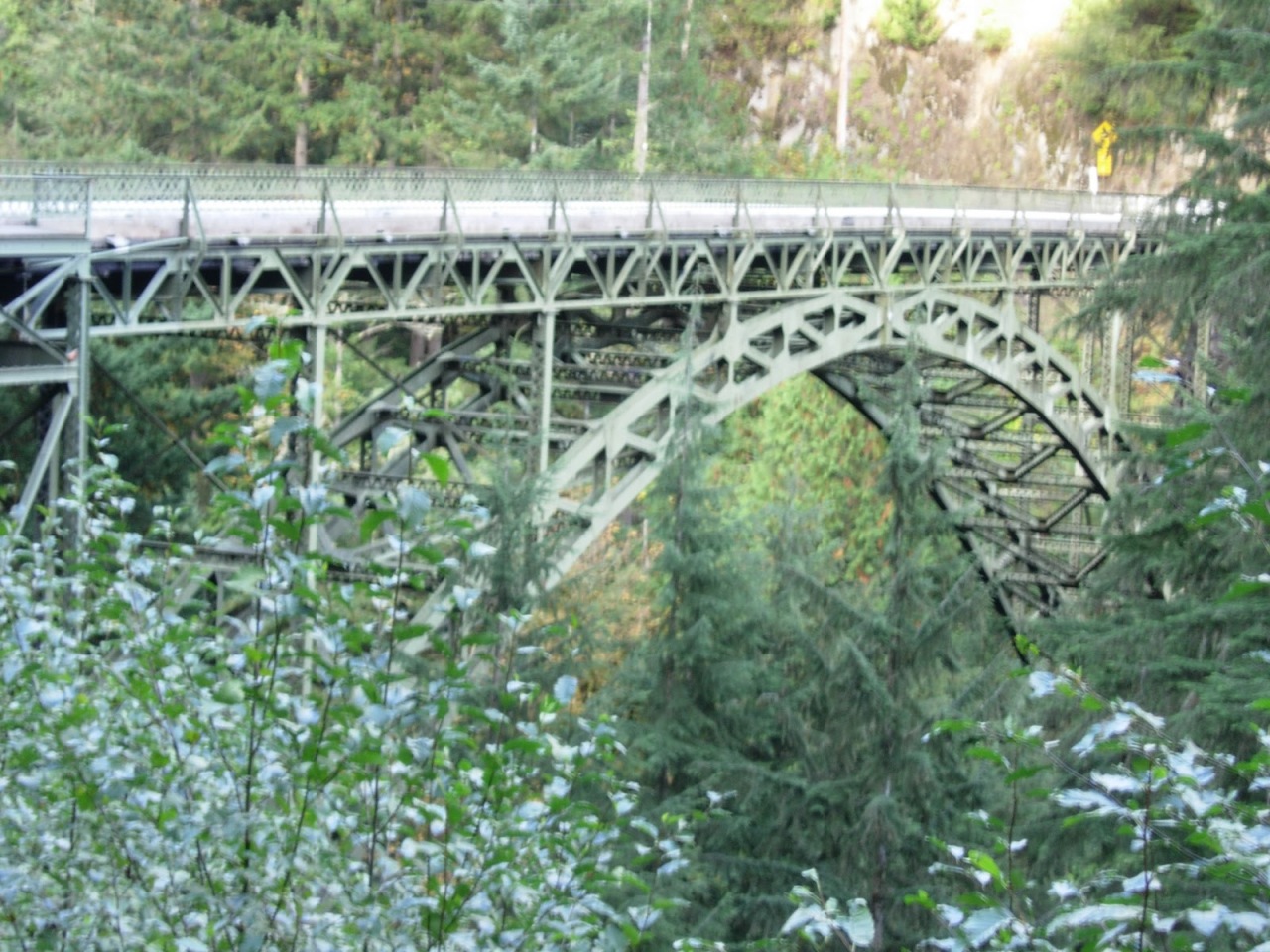 8 thoughts on “A Most Excellent Adventure”