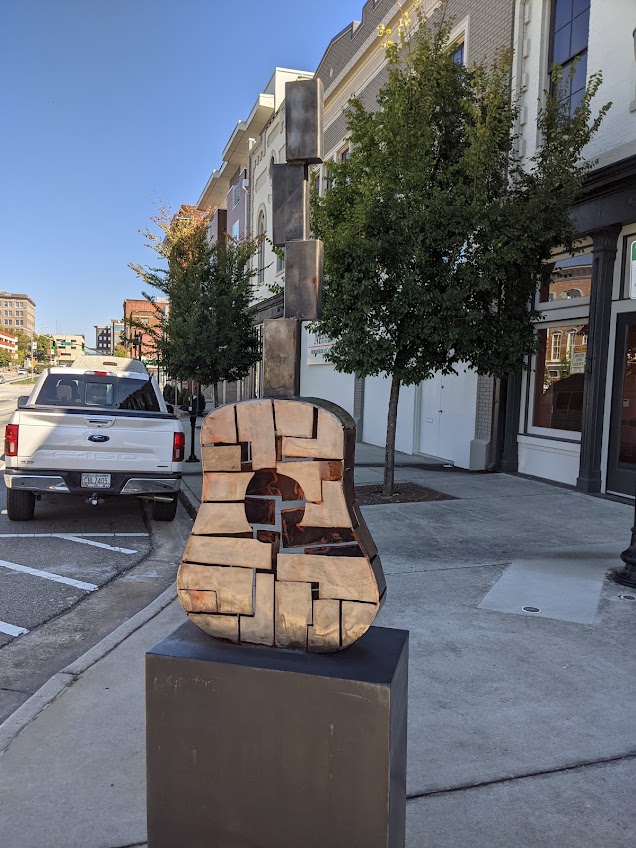 Recently Dear Husband and I took a trip that we are calling “Autumn Back East 2021”. Our goal was to visit friends and family, and I wanted to show DH what autumn leaves really look like in a region that isn’t primarily covered in evergreen trees, and introduce him to our nation’s capital.

We flew to Atlanta, picked up a rental car, then drove to Alabama, North Florida, Georgia, Eastern Tennessee, Western North Carolina, and then drove to Washington DC by way of Virginia. Then we flew back home.

It was an amazing trip which lasted 15 days, and since I’m now only blogging every other day, if I gave you a day to day account like I have on trips past, it would take a month, and you’d be heartily sick of the subject before we even left peach country. So I’ve decided to focus on highlights, which I’ll do my best to keep in order. You can find the first post in the series here, and a link to the next post in the series, when it becomes available, below.

I never thought I would wax nostalgic about anything related to the state of Georgia, but I have to say, Macon has really caught my eye. It could be love. There’s definitely chemistry going on. For a city with a population of only about 157,000, it sure has a big… art, music and historical community. (What did you think I was going to say?)

Not only does it have a gorgeous antebellum historic district, which I wrote about in my last post, but it also has a rich Native American heritage. We visited the Ocmulgee Mounds, which are on the Eastern edge of the city, and it was fascinating to learn that there has been about 17,000 years of continuous human history in the area.

From the Paleoindians to the Archaic, Woodland, and Early Mississippians, right on down to the Lamar Culture and today’s Muscogee (Creek) Nation, each one has left its mark upon this land. Today, you can visit Ocmulgee Mounds National Historical Park and see many remnants of the various cultures at the visitor center, and if you enjoy a good hike, you can visit a village site, a variety of trenches and mounds, a trading post site from the late 1600’s, and, best of all, an amazing earth lodge that’s right near the visitor center.

Approaching the earth lodge from the parking lot, it looks like a mound with no significant features other than the fact that it is unnaturally mound-like. But when you go around the side, you encounter a doorway. To say that the doorway and the subsequent tunnel are low is putting it mildly. I cracked my head a good one on the way out. But that’s probably because I was already stunned by what I had seen inside.

The clay floor has been carbon dated to the year 1015. It has a bird shaped platform that seats 3 people, and benches along the wall with indentations for 47 more. There is also a ceremonial fire pit.

While the above-mentioned things are the originals, the roof, walls, and tunnel are reconstructions by the Civilian Conservation Corp and the Work Project Administration in the late 1930’s. This earth lodge may have been originally used as a temple or a council house, and the reconstruction makes you feel like you are right there, waiting for the ceremony to begin. Truly, I kept thinking they’d be along any minute.

Also during our wanderings through Macon, we visited several little free libraries and deposited some books that we had mailed ahead of us to Dear Husband’s father’s house, which was one of our very first stops on this journey. I love the idea of the library stewards opening the books and seeing my little free library’s stamp inside. “How did these books make it all the way out here from Washington state?”

There seems to be public art everywhere you look in Macon. That, in my opinion, is the sign of a sophisticated city. Art can be controversial sometimes, but I believe that cities that try to suppress it point blank are hyper-conservative, paranoid, and at a bare minimum, lack a sense of humor. Here’s some of the art I saw around town.

We also checked out the Tubman Museum, which is right near the historic train station that I discussed in the last post. We were expecting it to be a museum about Harriet Tubman. They even use her image on some of their promotional materials. That’s confusing. But it turns out that Harriet Tubman never stepped foot in the state of Georgia. Go figure.

The museum does house a hallway dedicated to Ms. Tubman, with a statue, some letters, and some Tubman-inspired art, but that’s only a small portion of this interesting place. (Incidentally, if you’d like to read what the letter from Frederick Douglass shown below actually says, the text can be found here.) The actual mission of the Tubman Museum is more encompassing. It is to educate people about African American art, history, and culture. And I have to say that they do an excellent job of it.

In addition, there’s a large room that highlights Macon’s rich musical heritage. One of this city’s most famous native sons is Little Richard. One of the best things in the entire museum, in my opinion, is a sign on Little Richard’s piano that says, “Do Not Attempt To Play Little Richard’s Piano. He Will Know.” James Brown, Otis Redding and the Allman Brothers Band also have Macon roots and are represented in this room.

This next section, I should warn you, might be uncomfortable for those who wish to suppress the ugliest parts of our nation’s past. But I found this exhibit very eye-opening. It makes me sad that such things exist in this world, but here they are, and there’s just no denying them.

My overall impression of Macon is that it is a vibrant, creative city that is not afraid to confront its past. It’s a place of good food, better music, and a vibe that I won’t soon forget. It was a pleasure to visit, and I highly recommend that you do so as well.

And can I just say that this is one of my better post titles? Thanks to DH for inspiring it.