I look forward to visiting this lovely place again and again.

Recently, I had the opportunity to visit Seattle’s Volunteer Park for the first time. I don’t know how I missed this gem after living in this county for nearly 6 years. This is definitely a place I’ll be bringing visitors from out of town to from now on.

Volunteer Park was designed by the Olmstead Brothers, the same guys who brought us Central Park in New York City. That had to be the coolest job ever. They got to travel around and design huge city parks that are still appreciated today.

In this era, it’s too late for that. Everything has already been built up. You’re as likely to see a new city park as you are to see a new major airport. I’m glad cities had the foresight to carve out natural spaces while they still could, or no city would be livable today. (But nothing in life is that simple. More about the eminent domain atrocities in Central Park in an upcoming post.)

The City of Seattle bought the land for Volunteer Park in 1876 for $2,000. That land is priceless today. Consider this: This mansion, right across the street from the park, is for sale. You can buy it for a cool 6.3 million dollars. (If you want it, here are the details. My realtor husband can hook you up.) 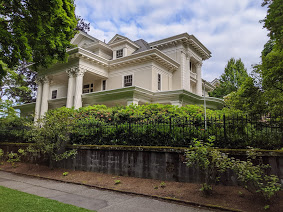 To design the park, they had to move a cemetery, and I sure feel sorry for those bodies and the people who had to dig them up, because they had been relocated once before. They started in what is now Denny Park, moved to what is now Volunteer Park, and were then shunted right next door to Lake View Cemetery. May they finally rest in peace. (Bruce and Brandon Lee are also buried here.)

Volunteer Park was once called Lake View Park, but folks were confusing it with the cemetery. J. Willis Sayre, who fought in the Spanish-American War, convinced the city to rename it for the volunteers who fought in that war. And it has been so called ever since.

The park is 48.4 acres, and includes lawns and wooded areas, and has a wide variety of trees and flowers. It’s about 1/20th the size of Central Park, but still seemed massive to me. There is a gorgeous conservatory, currently closed due to the pandemic, which was built from a kit purchased from the Hitchings Company of New York. A lovely carriage drive winds through the park, and it is easy to imagine the horse drawn carriages that must have once used it.

The park also has a concert grove with a small stage, and a water tower which I’m told has spectacular views of the city… when it’s not closed due to the pandemic. There’s also an intriguing Seattle Asian Art Museum in a cool Art Deco building, which is, yeah, yeah, closed. There is also a very large and placid reservoir in front of the museum which greatly enhances the view.

Between the museum and the reservoir is a piece of art called Black Sun which I was told inspired the song Black Hole Sun by Soundgarden. If you line your camera up just right (which I did not, exactly), you get a great view of the space needle through this sculpture. (A few years ago, I also visited Seattle’s Sound Garden, which inspired the band’s name. Alas, the wind wasn’t blowing at the time, so the sound garden remained mute.)

Apparently there are also some tennis courts on the grounds of Volunteer Park, but I didn’t see those. In season, there are also dahlia gardens, koi ponds, and a wading pool.

I look forward to visiting this lovely park again and again. Here are some photos that we took during our visit. 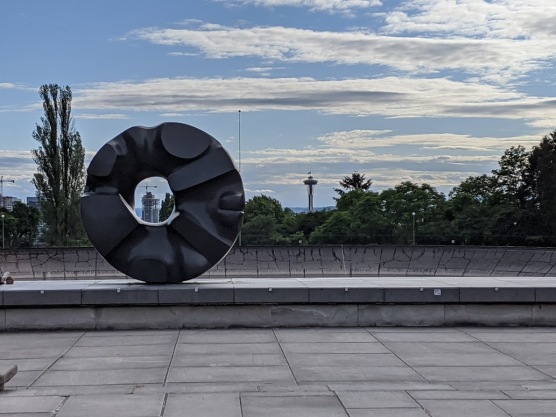 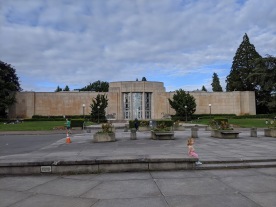 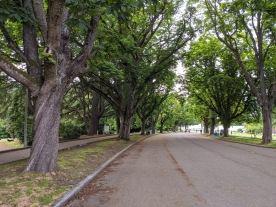 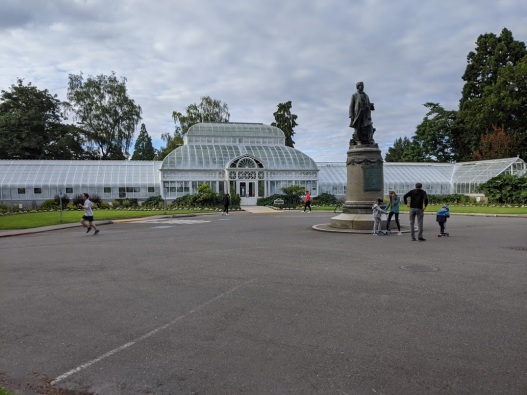 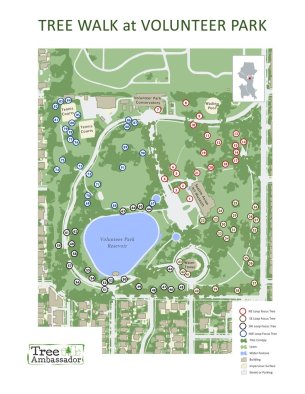 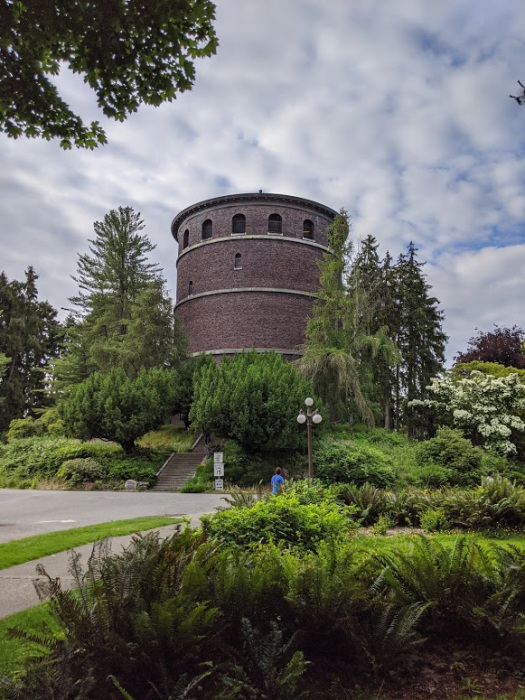 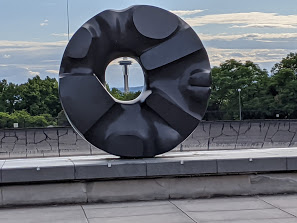 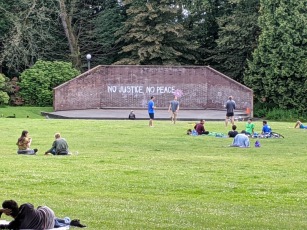 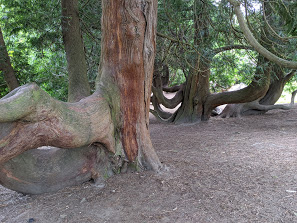 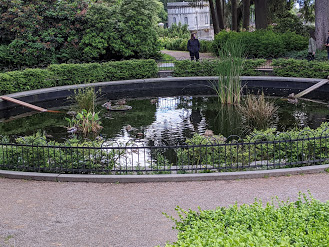 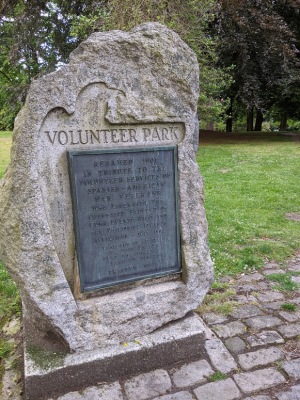 The ultimate form of recycling: Buy my book, read it, and then donate it to your local public library or your neighborhood little free library! ! http://amzn.to/2mlPVh5

Author: The View from a Drawbridge

I have been a bridgetender since 2001, and gives me plenty of time to think and observe the world. View all posts by The View from a Drawbridge